Ian Mills recognised for his services to dentistry 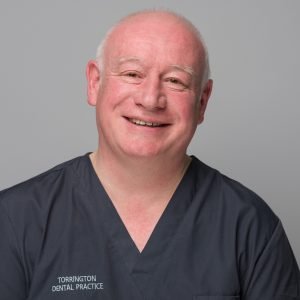 Congratulations to our founding partner Ian Mills on becoming the first ever recipient of the prestigious College Medal, the highest honour bestowed by the College of General Dentistry (CGDent) in the UK.

Ian has received the award in recognition of his exceptional contributions to the dental profession over many years. In particular, the award acknowledges his leadership at the height of the coronavirus pandemic, his pivotal roles in establishing the College of General Dentistry (and securing the transfer of the Faculty of General Dental Practice UK (FGDP) into it last year), and his promotion of greater equality, diversity, and inclusion in the dental professions.

Ian qualified as a dentist from Glasgow University in 1987 and spent the early part of his career working in maxillofacial surgery. In 1994 he moved to Devon, setting up Torrington Dental Practice three years later.

In 2012, Ian became a Fellow of the FGDP (UK), before becoming the first practitioner from the south-west to be elected Dean of the Faculty of General Dental Practice (UK). During his three-year tenure as Dean, from 2018-2021, he oversaw the historic establishment of the new College of General Dentistry, played a pivotal role in the development of COVID guidelines to allow dental practices to operate safely during the pandemic, and instituted the FGDP-CGDent Equality, Diversity, and Inclusion Programme Board.

In addition to his clinical practice, Ian has worked at Peninsula Dental School in Plymouth since it was established in 2006 and was awarded a PhD for research into person-centred care in general dental practice in 2018. He was recently appointed to the role of Associate Professor in Primary Care Dentistry and his current research interests include dental workforce recruitment and retention in rural areas, and mental health and well-being in dentistry.